USPTO created the machine-learning algorithms to increase the speed at which patents are examined by importing relevant prior art — all information on its claim of originality — into pending applications sent to art units, said Jamie Holcombe.

Filtering data into haystacks allowing patent examiners to more easily find what they’re looking for — the needle — is the new paradigm for search algorithms, Holcombe said.

“The ability to search, especially the big datasets, gets me so excited,” he added, during an ACT-IAC event Tuesday. “Because that means we can unleash that power to anybody who can get on a computer and access the net.”

Patent examiners previously had to scour three to four pages of single-spaces, text searches for relevant prior art assembled based on word relevance. Now examiners can search concepts like “chemical adhesion” and receive all the relevant prior art they need in one place.

One hurdle Holcombe faces as he attempts to test new innovations to modernize USPTO is that often they haven’t been approved by the Federal Risk and Authorization Management Program (FedRAMP).

Small businesses have a hard time ponying up the money needed for authorization, and the federal government is “overly oppressive” when it comes to compliance, Holcombe said.

If a new technology has potential, USPTO temporarily tests it in a sandbox to determine the minimum requirements needed to issue an authority to operate (ATO).

“We’re not exposing everything to it,” Holcombe said. “But I’m giving it enough time to grow to the point where it can comply with the minimum amount of bureaucracy that it has to comply with.”

The most important thing to Holcombe when issuing an ATO? That data at rest resides in the U.S.

Data in motion around the world can be encrypted, but the rest of the world is the “Wild West” when it comes to protecting stored data in accordance with other countries’ regimes and authorities, Holcombe said. 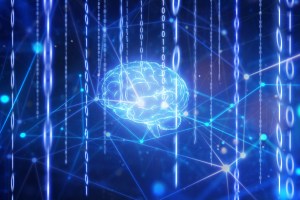