The White House Office of Science and Technology Policy announced Monday that it has officially launched the National Quantum Coordination Office.

The new office, a requirement for which was set out in the National Quantum Initiative Act that President Trump signed into law in December, will coordinate quantum efforts between agencies across the government.

Jake Taylor, OSTP’s assistant director for Quantum Information Science (QIS), has been named interim director of the office. Per the law, the office will be made up of details from federal agencies including the National Institute of Standards and Technology, the National Science Foundation, the Department of Energy, NASA and more.

“There’s no better time and place to be engaging in quantum R&D than right now in the United States,” Kelvin K. Droegemeier, the brand new director of OSTP, said in a statement. “Our Nation is on the verge of incredible breakthroughs in this emerging technology, and thanks to the leadership of President Trump and Congress, America’s quantum scientists and researchers are well positioned to lead the world.”

The National Quantum Initiative Act directs the government to spend more than $1.2 billion over the next five years to advance QIS technology. In addition to the OSTP office, the law creates: 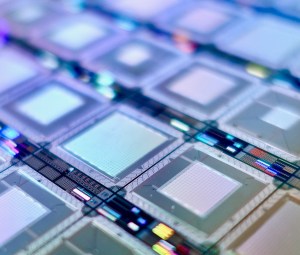