Jay Bonci was sworn in as chief technology officer within the Office of the Air Force CIO on Tuesday.

He is a former long-time employee of cybersecurity and cloud service company Akamai Technologies, where he held senior roles within the company’s Department of Defense and federal tech divisions, including as senior director for public sector engineering.

Bonci will oversee a vast tech portfolio in the Air and Space Forces within the office of current CIO Lauren Knausenberger. The CTO’s primary duty is to “advance the Information Technology landscape,” according to the Air Force website. He takes over from Frank Konieczny, who in February left the role to take up a private-sector post.

“My part of the mission is to empower and accelerate those on the ground by providing a cohesive enterprise architecture and service delivery strategy,” Bonci wrote on LinkedIn Tuesday.

Bonci added in a LinkedIn post that his priority will be developing and integrating technologies, up-skilling the workforce and monitoring investments in the tech budget.

“I hope my contributions demonstrate a massive impact in a short amount of time,” he wrote. 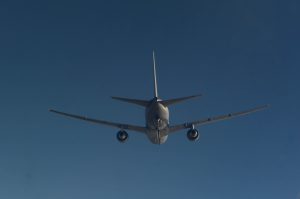