Oracle’s all-cash offer to acquire Cerner for $95 per share is scheduled to expire at midnight at the end of the day on March 16. In a press release, Oracle said the parties “anticipate extending the tender offer to allow additional time for the satisfaction of the remaining conditions to the tender offer.”

The two companies are seeking clearance for the transaction to proceed. The deal would be Oracle’s largest-ever acquisition, and earlier this month the waiting period was extended until midnight on Feb.22.

Under the Hart-Scott-Rodino Act, the Federal Trade Commission and the Department of Justice’s anti-trust division typically have 30 days to conduct a preliminary review of the deal.

At the time of the transaction announcement, both companies said the transaction would improve the availability of technologies such as cloud, artificial intelligence and machine learning to federal agencies, and that the goal would be to focus on delivering zero unplanned downtime for Cerner systems running on Oracle’s Gen2 cloud.

Oracle announced in December that it had signed an agreement to acquire Cerner and that following completion of the prospective deal, the medical records company would become a standalone business unit within Oracle.

Cerner’s Millennium platform makes up the backbone of the VA’s EHR modernization program, which has attracted scrutiny from lawmakers in response to escalating costs and concerns over the new medical records system raised by frontline doctors.

The DOJ has the power either to halt a transaction entirely or to require divestitures before a deal can proceed. It may also require an extension of a deal waiting period. 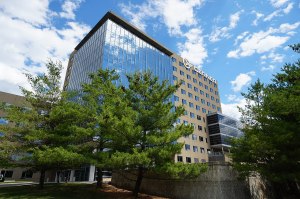