The Defense Counterintelligence and Security Agency has reduced the background investigation backlog from a high of about 725,000 cases in April 2018 to 231,000, according to leader William Evanina.

The director of the National Counterintelligence and Security Center testified on security clearance reform progress before the Senate Intelligence Committee in a closed-door hearing Wednesday.

DCSA’s goal is to reach a “steady target state” of 200,000 cases pending, thereby improving the timeliness with which recruits receive security clearances.

“The delays disproportionately affect first or second-generation Americans — folks who possess deep cultural understanding and diverse perspectives that are invaluable in the [intelligence community],” Sen. Richard Burr, R-N.C., who chairs the committee, said in a statement following the hearing. “Our system should be equipped to welcome a patriotic, first-generation Chinese-American who has spoken Mandarin since she was a child, while at the same time excluding the Edward Snowdens of the world who would put our nation’s safety at risk.”

Evanina, who spoke on behalf of the Office of the Director of National Intelligence, in part credited the National Background Investigations Bureau’s integration into DCSA, as well as ODNI’s issuance of guidance, in a statement.

“The director of national intelligence and the director of the Office of Personnel Management … should implement Trusted Workforce 2.0 without delay,” said Sen. Mark Warner, D-Va., and committee vice chair. “For this effort to be effective, the executive branch must provide a specific plan of action that demonstrates the new system will be more effective and efficient than the old one; identify obstacles and mitigation strategies; and service all stakeholders equitably.”

In addition to eliminating the background investigation inventory, Trusted Workforce 2.0 aims to establish a new governmentwide approach to vetting. Draft investigative standards and adjudicative guidelines are expected later this year for 2022, Evanina said.

Vetting scenarios include initial vetting, where an outsider becomes a trusted federal insider, and continuous vetting, replacing periodic re-evaluations with automated record checks — many of which are already in place. Upgrades will occur when employees and contractors move to higher-risk-level positions, transfer of trust when they move to different agencies, and reestablishment of trust following a break in federal employment.

Many of the changes come in response to private sector complaints, Evanina said. 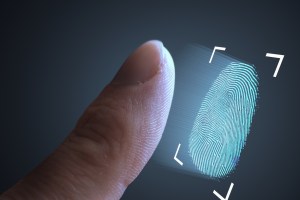