Robin Carnahan has taken leadership roles across the various levels of government — previously as Missouri’s secretary of state and now as the administrator of the General Services Administration. Carnahan told FedScoop that she’s learned in her career that empowering a team “with the tools and talent they need to deliver on that vision is fundamental to any organization’s success and doubly so in government.” Strong leaders, she said, must also “have humility about what they know and don’t know and constantly listen and learn from their teams but at the same time have the confidence to make bold bets on what’s most important. When it comes to those bold bets, it’s critical to over-communicate both inside and outside the organization in order to inspire the team, build momentum and partnerships, and make progress toward the goal.” At GSA in particular, Carnahan said she’s made it a priority to stay curious and to always look for success stories to convey the art of the possible. “We’re known for supporting buildings, acquisitions and technology, but we also help agencies transition to electric vehicles, we support humanitarian crises at home and around the world, and much more,” she said. “What I’ve learned is that there are endless opportunities to make government work better for the people we serve and save money doing it. Sharing those successes among the team and across government is an incredibly effective way to generate more innovative ideas and scale best practices in ways you might never expect and that have an enormous impact on the people we serve.” 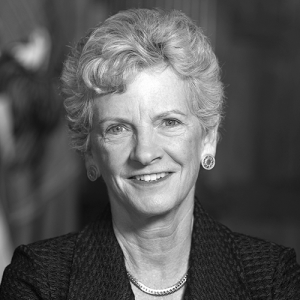