The U.S. Air Force wants to modernize the Department of Defense’s system for global flight information.

The modernization effort for the Defense Aeronautical Information Portal (DAIP) would include creating a “one stop shop” with flight planning, briefing and filing functions, according to the Air Force’s request for information.

On top of creating new software, a contractor would be required to maintain and upgrade existing functions and applications in the portal.

“DAIP provides improved business processes through utilization of modern information technologies and ensures inter-operability between DoD and other Government agencies,” the request stated, but said some of its parts still would still need upgrades by a contractor.

The contractor would be on call 24/7 to support the portal, as its functions guide DOD global flight operations. Information interacts with Federal Aviation Administration flight data and follows its data security requirements.

The DAIP is located in the DISA MilCloud and works both in the internal NIPRNet and internet-based environments. 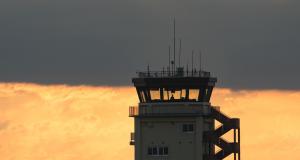