The Defense Intelligence Agency has issued its final request for proposals for the $12.6 billion SITE III multiple-award IT services contract.

The DIA CIO Jack Gumtow and his office launched SITE III as an indefinite-delivery, indefinite-quantity contract to “plan, maintain, and sustain” its operations for the next decade. The contract will also support the National Geospatial-Intelligence Agency.

“The DIA CIO’s primary objective with SITE Ill is to support warfighters, policymakers, and acquisition leaders across the Defense Intelligence Enterprise (DIE) by achieving an Information and Communications Technology advantage,” states the RFP, posted Monday. “SITE III provides strategic, technical, and program management guidance and support services to facilitate the operations and modernization of the agency’s infrastructure, systems, and applications.”

As the name suggests, SITE III is the third in an evolution of large IDIQ IT managed services contracts the DIA has enlisted to support its operations. But this latest version is much larger, at least in value and length, doubling both the $6 billion ceiling and the five-year period of performance of its predecessor, E-SITE.

It’s unclear if DIA will increase the number of vendors it awards spots on the 10-year contract. E-SITE was awarded in 2015 to 25 large contractors and 25 small businesses.

This latest contract is “directed towards improving integration, information sharing, and information safeguarding through the use of a streamlined information technology (IT) approach. The CIO expects innovation with common architecture, consolidated operations, and cloud environments in alignment with the Intelligence Community’s Information Technology Enterprise (IC ITE) as directed by the Director of National Intelligence (DNI),” the contract’s performance work statement says.

The specific managed-services offerings solicited under SITE III include a broad range of IT work, from basic planning and project management to application development, cybersecurity, connectivity and network services, and enterprise computing, storage and cloud services.

This year has been a big one for DIA’s IT contracting. In March, it issued a $990 million multiple-award contract for data management and IT engineering services to seven companies to support the mission of the agency’s Directorate for Science and Technology.

Meanwhile, the greater intelligence community, led by the CIA, is planning a commercial multi-cloud environment called Commercial Cloud Enterprise (C2E), which could be worth “tens of billions” of dollars. The NSA is also working to evolve its on-premise GovCloud with a project called the Hybrid Compute Initiative (HCI). 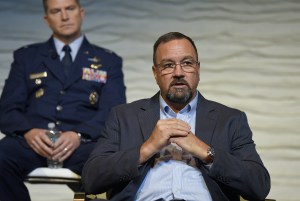