He takes up the appointment after serving in the role on an acting basis since the departure of Maria Roat earlier this year, according to a person familiar with the matter.

Myklegard joined the Office of the Federal Chief Information Officer in January as associate deputy federal CIO. He is a veteran federal IT leader and was most recently executive director of product engineering at the Department of Veterans Affairs. Earlier in his career, he served in the Army in various intelligence and strategic planning roles.

The deputy federal CIO position has a wide-ranging portfolio of responsibilities, including the high-level management and day-to-day oversight of the federal CIO’s strategic objectives. They effectively act as a chief of staff for the federal CIO, taking on the management of keystone projects and to an extent for managing relationships with service providers.

Senior leaders at the Office of Management and Budget are responsible for selecting and appointing a new deputy federal CIO, a process that typically takes several months.

OMB in March began the search for a new deputy federal CIO, posting the open role to USAJobs. 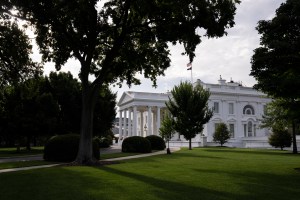