The government is moving to a new provider to validate and track its business with contractors and other parties.

The General Services Administration awarded a $41.75 million contract to Ernst and Young LLP for up to five years of entity validation services for the federal award process through GSA’s System for Award Management (SAM).

“Securing this five-year contract means that the federal government will have a safe, secure, and unified method for validating entities, while also simplifying the process for those who seek awards,” GSA Office of Systems Management Assistant Commissioner Judith Zawatsky said in a statement. “This award greatly improves the government’s ability to manage data and is an important step forward to competitively procuring entity validation services on behalf of the entire government award community.”

Ernst and Young will replace incumbent Dun & Bradstreet, which has provided the government entity validation through its Data Universal Numbering System, or DUNS number, for more than two decades. As GSA transitions to EY ‘s services, “the government will receive continued service from Dun & Bradstreet to maintain award reporting and data integrity,” the agency said in a release.

Now, instead of the DUNS number, GSA, through Ernst and Young, will use a government-owned unique entity identifier called the SAM Managed Identifier (SAMMI) within SAM and GSA’s Integrated Award Environment. This eliminates issues with vendor lock-in associated with the government relying on a private company’s proprietary identifier.

GSA has been exploring new options for entity validation for more than two years.  It issued a request for proposals late last year.

Watchdogs have championed the move away from the DUNS number system because of its proprietary nature. 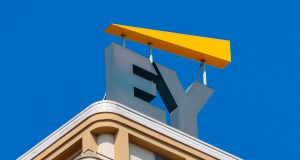 GSA picks Ernst and Young to phase out the DUNS number