The Federal Aviation Administration needs to adjust its view of drones, or it risks stifling a technology that could greatly enhance the nation’s safety and economy, a new report argues.

The congressionally mandated report by the National Academies of Sciences, Engineering, and Medicine was commissioned and sponsored by the FAA. It discusses strategies for assessing the risk of integrating unmanned aircraft systems (UAS, or drones) into the national airspace.

“‘Fear of making a mistake’ drives a risk culture at the FAA that is too often overly conservative, particularly with regard to UAS technologies, which do not pose a direct threat to human life in the same way as technologies used in manned aircraft,” the report states.

The FAA is saying no to drones more than it says yes, the report suggests, which is risky because of all the promise the technology holds — for public safety, product delivery, inspection of remote assets and more.

“When discussing the risk of introducing drones into the National Airspace System, it is necessary to consider the increase in risk to people in manned aircraft and on the ground as well as the various ways in which this new technology may reduce risk and save lives, sometimes in ways that cannot readily be accounted for with current safety assessment processes,” the report states.

In essence, the report authors write, the FAA should take a more “holistic” approach.

“FAA needs to accelerate its move away from the ‘one size fits all’ philosophy for UAS operations,” George Ligler, proprietor of GTL Associates and chairman of the committee that conducted the report, said in a statement. “The FAA’s current methods for safety and risk management certainly ensure safety within the manned aircraft sector, but UASs present new and unique challenges and opportunities, which make it important for the agency to take a broader view on risk analysis.”

The report makes a range of suggestions for how FAA can achieve this risk-assessment sweet spot.

“The FAA should expand its perspective on a quantitative risk assessment to look more holistically at the total safety risk,” one recommendation states. For example, if a drone can inspect a cell tower that, otherwise, a human would have to climb up — what’s the value of the safety provided by not sending a human up that cell tower? In the next year, the recommendations continue, FAA “should establish and publish specific guidelines for implementing a predictable, repeatable, quantitative, risk-based process for certifying UAS systems.”

It isn’t just industry that’s looking to expand its use of drones. Even outside Department of Defense use cases, many federal agencies are bullish on the technology.

Streamlining regulation around commercial drone testing has been a priority of President Donald Trump’s Office of Science and Technology Policy under Deputy CTO Michael Kratsios since an industry day at the White House last summer. In February, FedScoop named drones to a list of 2018’s top emerging technologies. 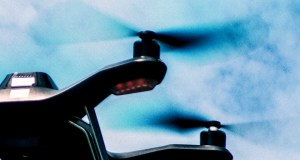