Dubbed the Sammies — named for PPS founder Samuel J. Heyman — the awards are frequently called the Oscars of government service.

In this episode, the Gov Actually team speaks with Brenda Smith, the executive assistant commissioner of the Office of International Trade at U.S. Customs and Border Protection. Smith was nominated for a Sammie for her work on the Single Window system, which “has eliminated nearly 200 paper forms and hundreds of redundant data requests, greatly reduced wait times for import and export decisions, and will save the government and businesses tens of millions of dollars,” according the PPS.

Hear more about Smith’s work on the latest episode of Gov Actually, and catch all of the episodes on iTunes and SoundCloud. 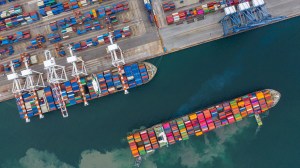