Dan and Danny are thrilled — like little kids all December long, the spirit of the season has consumed them. But it’s March. What could have them so excited?

Sometime this month, the Trump administration will issue its President’s Management Agenda — essentially the playbook for what the White House and executive agencies want to accomplish over the next several years.

On this episode of Gov Actually, they liken the current anticipation it to the buildup before Christmas. “In many ways, as we lead up to the release of the president’ management agenda,  I feel that same sense of anticipation,” Dan Tangherlini says.

The recent Trump budget request previews the upcoming PMA — and so does Performance.gov, which recently underwent an overhaul. Danny Werfel compares last month’s budget to a trailer for a must-see movie. (He also offers to rap like characters in Hamilton next episode, so be sure to tune in for that.)

Listen to Dan and Danny, who was a part of the OMB team that developed the first official management agenda under President George W. Bush, discuss the ins and outs of the PMA process, the history of it, what they’re hoping to see and their personal experiences working with them in the past. 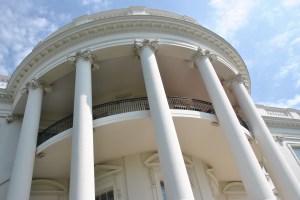