Does non-defense innovation have a place in a government that plans to slash budgets, cut the workforce and outsource such programs to private sector technologists?

In this episode of Gov Actually, Phaedra Chrousos, former commissioner of the General Services Administration’s Technology Transformation Service and current chief innovation officer with the Libra Group, joins hosts Danny Werfel and Dan Tangherlini to discuss federal innovation and whether the recent moves of the current administration will extinguish that spark.

President Donald Trump issued a top-level blueprint of his budget recently that called for a $54 billion boost to defense spending, which would lead to “breathtaking” cuts at non-security-related agencies, as Werfel put it.

“Does it set us back immensely to think about deep cuts like this?” he questions.

It could go either way, Chrousos explains. “It could be used as the ultimate excuse not to innovate. Most of our budget is used on [operations and maintenance]. The discretionary budget is usually the innovation budget. So once you slash your budget, you have all sorts of excuses as to why you can’t change the status quo because you don’t have the money to do so.”

On the other hand, she says on episode 9, “It’ll force people to think about how to do things differently … because they’ll need to keep some programs going with no budget. So they’ll have to innovate” — “accidental innovation,” as she calls it.

Let us know what you think in the comments below. 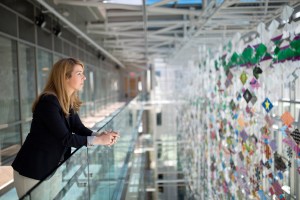