The General Services Administration has recommenced the Polaris governmentwide acquisition services solicitation and extended the due date for bid proposals to Aug. 10.

In a notice on SAM.gov Thursday, the federal agency announced its decision to push forward with the bid assessment process for the IT services vehicle, which has no ceiling.

GSA was forced to pause the procurement process in May after federal contracting firm BD Squared filed a pre-award challenge in which it argued that aspects of the solicitation may have violated the Small Business Administration regulations.

News of the deadline extension comes after GSA Assistant Commissioner of IT Category Laura Stanton earlier this week told The Daily Scoop Podcast that Polaris would recommence before the end of June. Previously, federal contractors looking to bid on the solicitation were given a June 30 deadline.

Polaris has had a chequered history since a draft request for proposals document was issued for the vehicle in early 2021. Deadlines for issuing a final version of the RFP and bid submission deadlines have repeatedly been extended.

Following the decision of GSA to unpause Polaris ahead of the July 4 holiday, many contractors will spend the coming days reviewing and preparing to submit final proposals for their clients.

“It looks like my holiday weekend just got a lot less fun, but I had a feeling this would happen,” said one federal contracting specialist. 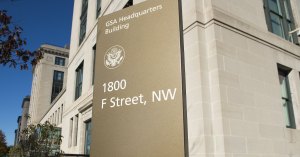