The Department of Health and Human Services’ shared services organization is planning to establish a new contract vehicle that will offer artificial intelligence, automation and other emerging technology services.

The Program Support Center — which offers more than 40 shared services for all federal agencies as a fee-for-service provider — issued a request for proposals Thursday for Intelligent Automation/Artificial Intelligence (IAAI) solutions, services and products for a pending indefinite delivery, indefinite quantity contract.

HHS has also tried to leverage emerging technologies for more acquisition efficiencies with its HHS Accerlate initiative, which recently earned an authority to operate to test its solutions on live acquisition datasets

The IAAI contract will have a base period of five years and cover a litany of development services for introducing emerging technologies, from ideation and prototyping to operations and maintenance, to include solutions like AI, robotic process automation, microservices, machine learning, blockchain and others.

“PSC believes that IAAI solutions will be doing everything from reducing backlog and cutting costs to performing functions; such as predicting fraudulent transactions and identifying critical suspects via facial recognition, which are considered difficult for an individual to complete on their own,” the solicitation says. “Indeed, we expect that IAAI technologies will fundamentally transform how the public sector gets work done — redesigning jobs and creating entirely new professions. In sum, PSC believes that IAAI will change the nature of many jobs and revolutionize facets of government operations.” 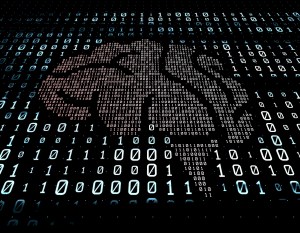 HHS standing up AI contract that other agencies can use