For now, the order is sealed. All that is known is that DOD will have 120 days “reconsider the aspects of the procurement challenged in [Amazon’s] protest” of the $10 billion commercial cloud contract.

Last month, the department filed a motion asking the court in “good faith” to remand Amazon’s protest of the JEDI contract to the department so it can re-evaluate a key part of the contract that dealt with a pricing scenario for online cloud storage. The judge previously said DOD’s evaluation of this factor did not comply with the contract’s requirements.

“We are pleased with the court’s decision to grant our motion for voluntary remand,” a Pentagon spokesperson said. “We will immediately execute the procedures outlined in the motion for voluntary remand, issuing a solicitation amendment to allow for limited proposal revisions and a reevaluation of the proposals. We remain focused on delivering this critical capability to warfighters as quickly and efficiently as possible.”

Amazon Web Services took objection back in March to DOD’s proposal, calling it an attempt “gerrymander” the JEDI contract in favor of its winner, Microsoft.

“The Government should not be permitted to gerrymander the corrective action to preserve the illusion that Microsoft offered the lowest price while simultaneously perpetuating competitive impediments for AWS, the only offeror that submitted a compliant proposal eligible for award,” an AWS spokesperson said then.

This is yet another development in the ongoing JEDI saga this week. The Pentagon inspector general published a 300-plus-page report Wednesday on the findings of its long-anticipated investigation into the JEDI procurement, which it began last year.

The headline of that report is a somewhat blurry one. The IG concludes that “DoD personnel who evaluated the contract proposals and awarded Microsoft the JEDI Cloud contract were not pressured regarding their decision on the award of the contract by any DoD leaders more senior to them, who may have communicated with the White House.” But it also says: “We could not definitively determine the full extent or nature of interactions that administration officials had, or may have had, with senior DoD officials regarding the JEDI Cloud procurement,” which prevented it from reviewing the matter fully.

This story is developing and may be updated with new information. 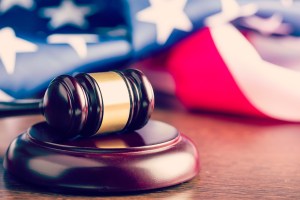