MetTel secured its first two task orders, worth hundreds of millions of dollars each, under the government’s flagship telecommunications and network modernization contract in February.

The New York City-based telecom company was the last of three small businesses cleared to deliver products and services under the $50 billion Enterprise Infrastructure Solutions contract in December. But it’s the first to win any task orders.

On Feb. 4, the Social Security Administration awarded MetTel a task order for local, long-distance and access management with a ceiling of $253.5 million through 2032.

The Department of Veterans Affairs followed Tuesday with a task order for voice services with a ceiling of $127.3 million over the same period.

MetTel beat three other offers for the SSA award and two for the VA award.

EIS’s predecessor for updating information technology and telecom infrastructure, Networx, expires March 31, 2023. All agencies were supposed to issue their EIS task orders by Sept. 30, but the use of extended contracts won’t be limited until March 31 of this year. 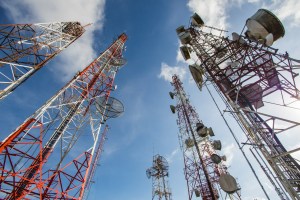