Another agency is joining the parade of CIO news this week — the Department of Housing and Urban Development has chosen its new tech executive.

David Chow comes from the National Credit Union Administration, where he served as a program manager. His first day was Monday, a HUD spokesperson confirmed. Chow replaces Johnson Joy, who resigned abruptly in March amid fraud and corruption allegations. Since then, chief of staff to the deputy secretary Chad Cowan has been serving as acting CIO.

The news of Chow’s appointment, first reported by Federal News Radio, comes at the tail end of a big week of movement for federal tech executives.

At the Department of Health and Human Services, CIO Beth Killoran announced that she will be stepping down from the role she first took in July 2016 and joining the Office of the Surgeon General.

Tt the Department of the Interior. CIO Sylvia Burns also announced a change — she has accepted a new role as Deputy CIO for Enterprise Strategy at the Federal Deposit Insurance Corporation.

Elsewhere, the General Services Administration chose Kelly Olson to fill the role of acting director of the Technology Transformation Service when current director Joanne Collins Smee departs at the end of the month. 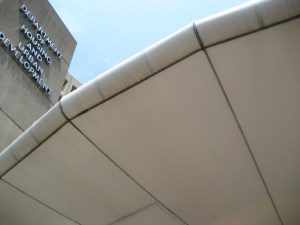 Housing and Urban Development gets a new CIO