“I am honored and excited to join the New America team, and look forward to doing everything I can to help advance its work at the intersection of technology, policy, and issues of critical importance to the future of our nation,” Park said in a statement Monday accompanying the digitally focused public-policy think tank’s announcement.

The Office of the CTO, which Park headed between March 2012 and August 2014, played pivotal roles in resurrecting the Healthcare.gov website after its botched rollout in 2013 and launching the U.S. Digital Service after seeing the success a team of private-sector technologists had in fixing the Affordable Care Act’s digital operations. He continued recruiting private sector talent to join federal digital services teams as a White House technology adviser after stepping down from his CTO role in 2014.

A champion for open health data, Park joined the federal government as CTO at the Department of Health and Human Services in 2009. Prior to that, he co-founded digital health companies Athenahealth and Castlight Health.

“Todd has a profound understanding of how technology can improve people’s lives,” Anne-Marie Slaughter, president and CEO of New America, said in a statement. “He is one of the most inspiring and dynamic people I know; I am thrilled to have him join the board and help New America pioneer a new approach to solving public problems through the marriage of technology and policy.” 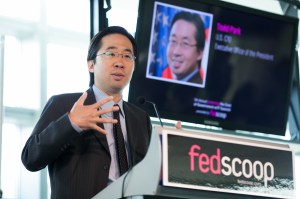