Perspecta was awarded a task order for enterprise infrastructure support to work on the State Department’s global consular affairs IT environment.

The contract, awarded under the General Services Administration Alliant 2 contract vehicle, has a one-year base with six one-year options periods and a ceiling of $810 million, according to the company.

Perspecta’s new work will take place at the State Department’s headquarters in downtown Washington and in 350 consular affairs officers around the world.

“We look forward to establishing a trusted relationship with the Bureau of Consular Affairs, and building a long-standing partnership with the Department of State for years to come,” said Rocky Thurston, senior vice president and general manager of Perspecta’s civilian, state and local business group.

A Perspecta press release notes that the company will “plan, engineer, implement, enhance, maintain and operate” the consular affairs IT environment. The company will also provide “always-on” customer service and implement automated technical solutions for the department. 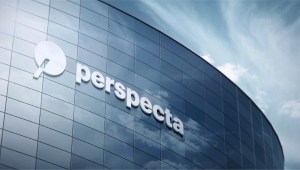