AT&T has won a potential $609 million telecommunications contract from the State Department under the governmentwide Enterprise Infrastructure Solutions (EIS) contract.

Under the terms of the procurement, the company will provide telecom support to more than 270 U.S. diplomatic locations around the world over a five-year period.

Chris Smith, vice president of civilian and shared services at AT&T, said: “As the incumbent telecommunications provider to the State Department, their new contract award to us is a vote of confidence in the reliability and performance of our teams, our networking capabilities and the value we deliver in service of their mission.”

In June, AT&T received a separate $725 million EIS task order from the Department of Veterans Affairs to modernize the department’s data communications platform.

EIS is the government $50 billion network and telecom modernization contract managed by the General Services Administration that requires agencies to move away from expiring legacy contracts by Sept. 31, 2022. 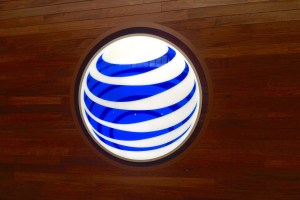