The State Department’s acting chief information officer, Glenn Miller, will leave the agency at the end of the calendar year, according to two people familiar with the matter.

As principal deputy CIO, Miller managed all IT operations for the agency, including cyber operations, business management and planning, operations and foreign operations.

During his three decades with the State Department, Miller served in senior IT roles in Kabul, Belize City, Frankfurt, Moscow, Seoul, and Warsaw. Domestically he has served as office director and division chief in multiple Bureau of Information Resource Management offices.

Prior to joining the Foreign Service, Miller was an emergency dispatcher in California and is a U.S. Army Signal Corps veteran.

The State Department did not immediately respond to a request for comment. 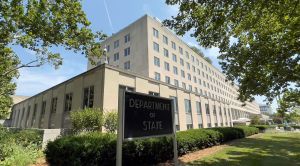