In a room full of CIOs, CTOs and other federal IT executives, you might expect a conversation about emerging technologies to focus on buzzworthy things like blockchain, artificial intelligence and robotic process automation, and how they have the potential to revolutionize agencies’ missions and operations.

Yes, there is some of that. But really, when it gets down to the nitty-gritty, what they want to talk about has more to do with people and process than any particular technology.

FedScoop invited top tech officials from civilian and defense agencies to participate in a candid roundtable discussion on the challenges and opportunities surrounding emerging technologies in the federal government. So that participants wouldn’t hold back in their remarks, the conversation wasn’t for attribution. The result was a robust roundtable about managing workforce and culture change.

“I think everything we’re talking about here requires tremendous change in the workforce,” one CIO said. “And if you can’t address that effectively, you cannot implement any of the technologies successfully.”

Indeed, while emerging technologies are often discussed in terms of augmenting, or even replacing, the workforce, federal CIOs and CTOs primarily place the fate of those technologies in the hands of a willing workforce.

And right now, there’s a lot of resistance from personnel, particularly those who’ve been at agencies for a while.

“When you have individuals who have done the same job for 25 years, it’s very, very hard to move them along that line, to get them excited and enthused about the new technology,” a CIO said. “To a lot of people, especially if they’re close to retirement, they just want to be left alone. That is the biggest obstacle that we have.”

Another explained how this is the biggest transformation of tech — and the requisite skills — that she’s ever had to address.

“If we took all the people, and we knew what all the people were doing today and what their skills were and interests were, and we could imagine 2023 and say, ‘Pick what you want, where you want to be.’ It’s not just training, it’s details, you have to go back to college, you have to get real experience in something else to do that. And then they start today working toward that goal.”

So there’s been quite the learning curve for senior IT management officials — in many cases, they’ve had to become “a sort of chief education officer for a lot of these technologies,” as one attendee put it. You have to teach to that resistance, she said.

“We work with folks to understand their needs, where the resistance comes from, what’s the actual human context, and figure out what needs need to be met to help them make that turn, and then we teach to that — bite-sized, project-based, very specific moments tailored to their needs to help them navigate that change.”

Several officials around the table championed the idea of positive storytelling as a tool for culture change. One CIO explained that many people could be reticent to change because “what is that going to reveal about what we’re doing right now? What story is going to get told about what we’ve been doing and how much time we’ve been wasting” doing it the current way. Instead, that CIO said, managers must explain that it’s far worse to remain in the status quo, doing things in the broken, old way. “There’s not enough storytelling and finding the story that’s resonant.”

Others, though, understand that it can be futile working with a resistant workforce that probably won’t be around much longer.

“You still have some of those classic naysayers … and that’s fine,” a CIO said. What she tells them is: “What I need you to not disrupt the ones who are interested, and if you want to go someplace else, I’ll do whatever I can to assist to go there.”

But other disagreed with this, noting that even the most senior personnel have a desire to adapt to the times, even if it’s a bit of a disruption for them.

One senior tech adviser posed the notion in the form of a question: “Would you rather be the person behind the keyboard just clicking on things or would you rather take all the information and piece it together with something like cognitive computing … let that machine take all that data in and analyze that data for you, and then you make that distinction,” she said, noting that these new technologies won’t replace humans — rather it will enhance their skills. “It’s the difference between raw data and actionable data.”

The biggest change may in fact be the need for federal personnel, regardless of position or rank, to add data science to their repertoire.

“We live in the information age, we live in the data age — you have to understand your way around data and how to harness that data,” a CTO said. “You don’t have to be a computer scientist, but you have to understand the technical, functional things about data and how it’s used. This needs to be part of our secondary education. There need to be hard requirements for data and data science.”

Another CIO followed that train of thought: “The data is the key, and building a data-centric environment. It’s no longer just transactional. We’re now trying to get them to understand what the value is and the analysis of the data, what is the data telling us, what new insights can we glean from the the data? That’s another cultural shift and dynamic. How do we recruit people with those skills and the right curiosity?” 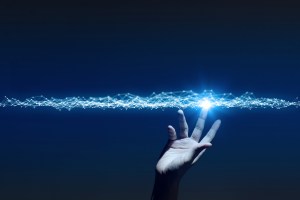 Workforce and culture change: The real discussion around emerging technology