A chief data officer is no longer a nice-to-have position for big federal agencies — it’s a must-have. In 2019, agency leaders faced a deadline to fill the job, and in some places the answer was more obvious than others.

President Trump signed the Foundations for Evidence-Based Policymaking Act in January, and with it the OPEN Government Data Act became law. This put in motion a deadline for CFO Act agencies to designate a nonpolitical chief data officer by July 13.

Of course, the concept of a CDO wasn’t totally new in government. A handful of agencies already had a person designated to that role — or some version of it — but the OPEN Government Data Act clarified and intensified the movement. The job generally entails overseeing an agency’s efforts to utilize data in its operations, and the push to codify it had been ongoing for several years.

The rollout of the requirement, however, was a bit rocky.

Early 2019’s long government shutdown took a toll on a wide range of functions, including the preparation for the implementation of this legislative mandate. The Office of Management and Budget, for example, didn’t issue official guidance on picking a CDO until July 12, the day before the legislation’s deadline.

By early August — the deadline for agencies publicly posting the name of a chosen CDO — the scorecard was mixed. Among agencies that didn’t previously have a CDO, some had successfully named a new one. Others had chosen to give the title to an existing official, such as the agency CIO or CFO.

Three agencies — the departments of Interior, State and Treasury — had not, as of early August, chosen a CDO. That has since changed: Interior chose Thomas (Tod) Dabolt, the Director of the Information and Technology Management Division, to be CDO sometime in August per a bio on the agency’s website. At State, Janice deGarmo is the acting CDO, a spokesperson told FedScoop. And Treasury purports to have a “joint management body” collectively filling the role.

But even at agencies that seemed to have it all squared away, there was some drama. At the Department of Health and Human Services, for example, Mona Siddiqui has held the title of CDO within the Office of the Chief Technology Officer since 2017 and was expected to continue to fill the role as part of the Foundations for Evidence-Based Policymaking requirement. CIO Jose Arrieta, however, started publicly calling himself the acting CDO in November. After some conflicting answers from different offices, the agency confirmed that Arrieta is indeed the acting CDO pending the hire of someone for the role. Siddiqui remains at her job within the office of the CTO.

The law also requires that the White House Office of Management and Budget will also create a Chief Data Officer Council, comprised of CDOs from across the government to “establish Governmentwide best practices for the use, protection, dissemination, and generation of data.” It’s unclear to what extent this council already exists and is holding meetings — the launch of the council is among the 20 action items in the recently released 2020 action plan for the Federal Data Strategy.

One thing is certain for 2020: The job of taming and utilizing the government’s vast data collections will only continue to expand as agencies continue to modernize their IT. 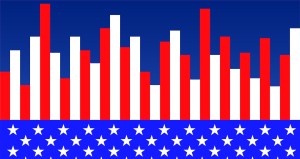 2019 in review: A chief data officer in every agency