As expected, Amazon Web Services filed a motion late Wednesday night for a temporary restraining order against the performance of any substantial work under the Pentagon’s Joint Enterprise Defense Infrastructure until the company’s bid protest is settled.

AWS attorneys said in an earlier court filing the company intended to ask the U.S. Court of Federal Claims for the injunction. The motion filed Wednesday is currently sealed.

The court will have to decide on the motion by Feb. 11, the date agreed upon by the Department of Defense and Microsoft — the winner of JEDI — to start work under the potential $10 billion enterprise commercial cloud contract. It now appears the protest will extend beyond that Feb. 11 cutoff. AWS wants to make sure Microsoft and DOD don’t get too far into JEDI buildout while there’s still a chance the court could reverse course.

In its protest, filed in November, AWS alleges that the Department of Defense repeatedly made “prejudicial errors” that were rooted in influence from President Donald Trump. Any one of the errors alone, AWS says, is enough to taint the entirety of DOD’s award to Microsoft.

An AWS spokesperson defended the motion, saying that it’s standard operating procedure in Government Accountability Office bid protests to stay contract performance until a decision is made, although it’s not a requirement if a case is in federal claims court. However, typically the Pentagon will voluntarily hold off on starting any work, given that the court might order corrective action at the conclusion of the protest.

“It is common practice to stay contract performance while a protest is pending and it’s important that the numerous evaluation errors and blatant political interference that impacted the JEDI award decision be reviewed,” the spokesperson told FedScoop. “AWS is absolutely committed to supporting the DoD’s modernization efforts and to an expeditious legal process that resolves this matter as quickly as possible.”

AWS’s point seems to be that it’s taken more than two years to get to this point — including a lengthy review led by DOD Secretary Mark Esper — and it’s reasonable to hold off the performance of substantial work for a bit longer to ensure warfighters get the best technology without risk to American taxpayers.

But all signs point to the DOD and Microsoft eyeing that Feb. 11 date to start awarding larger task orders for performance under JEDI. In the meantime, the two have been taking care of preparatory work for things like testing and accreditation so those contracts can be issued when the DOD gets the go-ahead, whether that be Feb. 11 or a later date when AWS’s protest is settled. 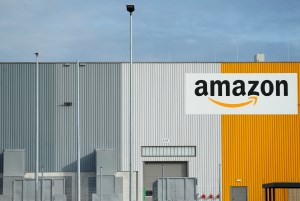 AWS defends its motion to stop JEDI work during protest