Lawrence Berkeley National Laboratory will build a distributed quantum network with its five-year, $12.5 million award from the Department of Energy to accelerate the development of a nationwide quantum internet.

The testbed will connect quantum computers between Berkeley Lab and the University of California, Berkeley with the help of the California Institute of Technology while integrating a distributed quantum computing application.

“A testbed seemed more synergistic because I’m doing practical networking for the Department of Energy, so I’m not on the physics or the device or the materials side of research,” Inder Monga, executive director of the Science Networking Division and ESnet at Berkeley Lab, told FedScoop. “I’m more on: How do we operationalize new ideas?”

Commercialization of quantum internet remains a way off, so it made sense to accelerate the work of physicists and other researchers with the help of academia and industry, Monga said.

Quantum networks encode more information than traditional computing with implications for quantum sensing, metrology and distributed quantum computing. The last application is the one Berkeley Lab hopes to demonstrate, but it remains theoretical as the algorithms don’t exist.

“These demonstrations will require seamless integration of a host of different technologies ranging from quantum information processing with trapped ions, color centers and superconducting systems to ultra-highly efficient conversion of quantum information from atoms to light and routing it through a fiber network,” said Hartmut Häffner, associate professor of physics at UC Berkeley, in a statement. “We envision that this work will pave the way toward a quantum internet for quantum communication applications and allow us to connect different quantum computers to create larger and more powerful ones.”

Despite its assistance, Caltech won’t be connected to the network due to the proximity issue. Signal photons can’t yet be sent and directed over long distances without a quantum repeater, which hasn’t yet been developed.

Berkeley Lab’s latest system ESnet has 309 locations where optical amplifiers help create a nationwide network, but those amplify light and not single photons, which is necessary for quantum networking. While the lab might not succeed, it hopes to develop a quantum repeater before its five years of funding runs out, Monga said.

Currently a number of homegrown devices exist to address physics challenges and synergies within quantum computing, and a perk of a testbed is it’s not tied to one device or technology. Berkeley Lab intends to leverage the best technology available from the National Science Foundation; University of Arizona; startups like PsiQuantum in Palo Alto, California, and Aliro in Brighton, Massachusetts; and NASA‘s Jet Propulsion Laboratory.

On the digital networking side, getting servers takes six months — even general purpose commodity servers. And some parts can only be procured from Sandia National Labs or small startups launched by university professors.

“Some of these are very specialized,” Monga said. “You need ion traps and quantum computing components, and I don’t have insight into how good the supply is and whether things will be delayed beyond what we have planned for in contingency.” 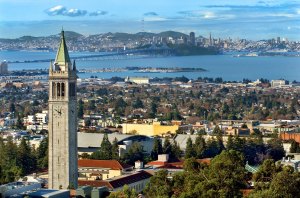