The board responsible for managing the Technology Modernization Fund is planning to spend the more than $750 million left in the fund’s reserves by the end of the year.

Lawmakers Wednesday criticized the TMF Board for being too slow in spending money it’s been appropriated in recent years, especially as the fund has seen a significant increase in demand from agencies seeking support for IT modernization and cyber-related projects during the pandemic. The TMF received $1 billion from the American Rescue Plan Act last March, and roughly $756 million of that remains, per lawmakers.

The board, however, is planning to invest that remaining funding before the end of the year, Raylene Yung, executive director of the TMF, testified before the House Oversight and Reform Committee.

“We are on track to invest the remaining balance of the American Rescue Plan dollars this year, and to do so thoughtfully in I think what are going to be very exciting investments,” Yung said.

While the board would like to move quickly to disburse funds, members have had to strike a balance between making smart investments and accommodating a demand of more than 130 proposals from 60 agencies and organizations that would be worth more than $2.5 billion, Yung said.

“In the past eight months, the TMF has received and reviewed more proposals and made more investments than in the previous three-and-a-half years combined,” she said. Because of that unprecedented demand, “we have really had to kind of change the way that we operate. It’s a very different story to look through and carefully review 130 proposals and ensure that in the end, we’re being responsible stewards of taxpayer dollars.”

Meanwhile, the Biden administration has asked for another $300 million to be added to the TMF in fiscal 2023. While some lawmakers are bullish about giving at least that much support, the TMF has historically struggled to receive appropriations at requested levels.

Rep. Gerry Connolly, D-Va., said a reason the fund didn’t receive any additional money in the fiscal 2022 omnibus was because of “delays” in issuing awards, “pointing to that money still not obligated or spent.”

Still, Connolly believes the TMF needs more money — and more than the $300 million the administration requested, based on the level of demand the fund has seen.

“These investments will not be enough over time given the heavy demand that we face,” he said.

On Monday, the TMF Board issued its latest awards: the National Archives and Records Administration received $9.1 million to modernize and digitize its legacy records processing systems while the U.S. Department of Agriculture got $4.4 million to develop and implement a zero-trust cybersecurity architecture for its IT enterprise. 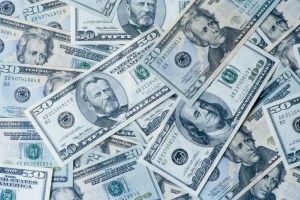