Several Democrats on Capitol Hill have condemned the White House for not openly participating in an inspector general‘s investigation of the military’s Joint Enterprise Defense Infrastructure (JEDI) commercial cloud contract.

The Office of the Inspector General issued a long and sweeping report on its nearly yearlong investigation into the $10 billion JEDI contract, which the Pentagon awarded to Microsoft last fall. In it, the Department of Defense watchdog found evidence of ethical misconduct and the improper sharing of proprietary information with competing companies, among other things.

The part that didn’t sit right with Democrat lawmakers, however, was the White House’s refusal to speak with the IG regarding the Trump administration’s alleged inappropriate interference with the contract evaluation and award process — a claim that is at the heart of losing bidder Amazon Web Services‘ ongoing protest of the contract. The White House did not allow staff to speak with investigators, claiming presidential communications privilege, and the Pentagon’s general counsel instructed senior DOD leaders not to discuss any communications they may have had with the White House.

Despite that, the IG determined “the evidence we received showed that the DoD personnel who evaluated the contract proposals and awarded Microsoft the JEDI Cloud contract were not pressured regarding their decision on the award of the contract by any DoD leaders more senior to them, who may have communicated with the White House,”

This led many lawmakers and other experts to question how the IG could determine with crystal-clear certainty that the White House didn’t, in fact, taint the contract’s award to Microsoft. Even the IG says in its report: “We could not definitively determine the full extent or nature of interactions that administration officials had, or may have had, with senior DoD officials regarding the JEDI Cloud procurement,” which prevented it from reviewing the matter fully.

“It offers yet another example of the president’s efforts to inappropriately pressure federal agencies,” Reed said. He went as far as to suggest that President Trump’s recent removal of acting DOD Inspector General Glen Fine had to do with his tough probing of Pentagon matters, such as this one. “Mr. Fine’s removal now appears connected to his willingness to do his job and ask hard questions.”

The IG’s findings were encouraging, Rep. Jim Langevin, D-R.I., told FedScoop. But he called it unfortunate that the watchdog couldn’t “complete a fulsome investigation due to the White House invocation of executive privilege; a trend that has become all too familiar with this President for investigations in which his own unethical behavior is at issue.”

“While the report concludes that the award process for the JEDI contract was appropriate, the White House’s refusal to cooperate displays patent disregard for the independent oversight that is foundational to the successful functioning of government,” Langevin said.

Rep. Adam Smith, chairman of the House Armed Services Committee, told FedScoop the report’s findings that DOD personnel weren’t pressured is “good news.” However, “the White House’s refusal to participate in the investigation makes it impossible to know if the administration attempted to interfere at a high level,” the Washington state Democrat said.

“Unfortunately, the report’s findings are stained by the White House’s refusal to cooperate in this investigation by once again invoking broad claims of executive privilege,” Smith said. “This administration’s complete disregard for independent oversight is further highlighted by the President’s recent firing of the Department’s acting Inspector General. I commend the Inspector General for completing a thorough inquiry under challenging circumstances and I look forward to the Department moving forward in development of critical cloud computing infrastructure.”

Smith’s minority counterpart Rep. Mac Thornberry, R-Texas, didn’t touch on the White House’s involvement in the investigation. “The JEDI program is vital to our national security,” he told FedScoop in an emailed statement. “Now that the IG report is complete, it is imperative DOD move forward.”

Rep. Adam Schiff, D-Calif., said the matter is “corruption is in plain sight,” while pointing out Trump’s well-documented disdain for Amazon and its owner Jeff Bezos.

“When he’s not firing Inspector Generals, Trump is obstructing their investigations. Here, he’s hiding communications about a DOD contract for Amazon, a company Trump has repeatedly tried to punish because its founder owns the Washington Post,” Schiff tweeted.

FedScoop reached out to other top Republicans on the Armed Services panels but they declined to comment.

The Pentagon took the report to be a final blow surrounding the JEDI cloud saga. “The Inspector’s General final report on the JEDI Cloud procurement confirms that the Department of Defense conducted the JEDI Cloud procurement process fairly and in accordance with law,” a Pentagon spokesperson told FedScoop in an emailed statement. “This report should finally close the door on the media and corporate-driven attacks on the career procurement officials who have been working tirelessly to get the much needed JEDI Cloud computing environment into the hands of our frontline warfighters while continuing to protect American taxpayers.”

The same day as the report’s release, Microsoft published an official blog post attributed to Jon Palmer, deputy general counsel, in which he fired shots at Amazon for its continued protest of the contract. “Amazon did build its pricing for the entire procurement, and it wasn’t good enough to win,” Palmer writes. “And now it wants a re-do.  That’s not good for our war-fighters.  That’s not good for confidence in public procurement. That’s not good for anybody but Amazon.”

Amazon, however, has more questions than answers after the release of the IG’s report.

“This report doesn’t tell us much. It says nothing about the merits of the award, which we know are highly questionable based on the Judge’s recent statements and the government’s request to go back and take corrective action,” an AWS spokesperson told FedScoop. “And, it’s clear that this report couldn’t assess political interference because several DoD witnesses were instructed by the White House not to answer the IG’s questions about communications between the White House and DoD officials. The White House’s refusal to cooperate with the IG’s investigation is yet another blatant attempt to avoid a meaningful and transparent review of the JEDI contract award.” 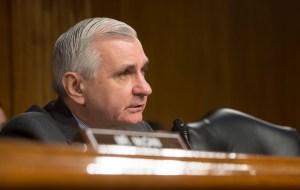