Republican Rep. Jim Banks is working on legislation that he says would improve accountability for interoperability efforts between the departments of Defense and Veterans Affairs, particularly around electronic health records.

Banks said during a House Veterans Affairs Technology Modernization Subcommittee hearing Tuesday that he is writing the legislation because VA and DOD haven’t demonstrated any progress in creating a working governance structure for interoperability on their own.

Currently, the two departments have the Interagency Program Office established as the leader of interoperability between them specific to electronic health records. VA and DOD have positioned the IPO to play a critical role in ensuring interoperability as both undertake massive, billion-dollar modernizations of their electronic health records, adopting Cerner-based systems.

But the IPO, as is, “is not living up to Congress’ vision for a single point of accountability,” as there’s no one person who is the final authority to make decisions around the interoperability of the EHRs and deal with the consequences that trickle back to the programs at each department, said Banks, an Indianan who is the subcommittee’s ranking member.

It’s something lawmakers have been fixated on over the past year. In a prior hearing, Banks threatened to take the legislative route if DOD and VA didn’t take action on their own. VA officials testified they were closing in on naming a “purple person,” or someone who could serve as the final-word intermediary in making decisions around interoperability of the two digital health systems. “Unfortunately, DOD and VA still have not come to any decisions,” Banks said Tuesday.

Banks’ staff has begun circulating a summary of the proposed legislation, “and we are working to finalize it,” he said.

“The idea is the IPO should be repurposed to organize all aspects of interoperability, not just the electronic health records, between DOD, VA and the Office of the National Coordinator [for Health IT],” he said. “The departments will have to figure out what level of centralized control they want, but we need to focus on comprehensive interoperability.”

Carol Harris, director for IT acquisition management issues with the Government Accountability Office, agreed with Banks that the IPO is a major concern, as both departments “are unwilling to relinquish control to a third party to make those decisions” on interoperability, she said. In fact, Harris referred to it as the “most important action that VA can take to ensure that [its EHR Modernization] program is a success.”

“Having a single point of accountability is crucial because when the wheels start falling off the bus, we have to identify who is responsible in order to effectively have corrective actions,” Harris said, later adding, “If they do not fully define that process with DOD, they are going to fail.”

Representatives from the departments were not present to comment during the hearing. VA CIO James Gfrerer was invited but declined his attendance as he planned to participate in a full committee hearing later in the day. Committee leaders also focused on the VA’s lack of consistent IT leadership over the past decade during the hearing. 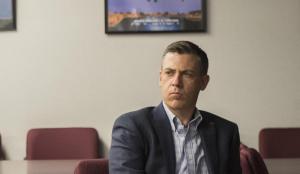