Defense technology incubator and consultancy BMNT has hired the former chief of the Cybersecurity and Infrastructure Security Agency’s innovation hub.

Sabra Horne joins the Palo Alto-based company as an entrepreneur in residence, where she will help to lead its InsightAI program.

Horne has held senior roles at CISA since 2017, and prior to that at the National Security Agency. Earlier in her federal career, Horne was a director in the Office of Communications at the Department of Justice and has also served as a senior adviser at the Office of the Director of National Intelligence.

BMNT is an innovation consultancy and early-stage tech incubator that was established in 2013 by former U.S. Army Colonel Peter Newell. It applies the Silicon Valley startup mentality to national security issues and works with large organizations including federal agencies. Its clients include the Australian and British governments, and earlier this year set up a U.K. entity.

InsightAI uses natural language processing and artificial intelligence to sift information from employee surveys and other internal information. The program is intended to reduce the number of human hours required to do such work and to carry it out in a more reliable and objective manner.

Horne joins other leaders within BMNT with federal government experience including Jackie Space, who was a visiting senior research fellow at the National Defense University. Before joining the private sector she was a program manager in the U.S. Air Force.

Commenting on the appointment of Horne, Newell said: “All of the staff who arrive at BMNT join the company because they have a unique drive for mission-driven work.”

“Sabra brings an incredible skillset and understands the context of how natural language processing and artificial intelligence will change the nature of defense and intelligence work.”

Horne said: “I am thrilled to be part of the remarkable group at BMNT and to join their work in supporting national security. With the success of the company’s hacking programs, their mission-focused and innovative services, and the development of  InsightAI, under the inspiring leadership of Pete Newell, this is a group I had to join.” 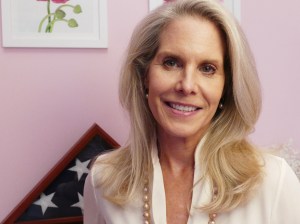