The U.S. Department of Education has appointed Luis Lopez as the agency’s next chief information officer.

Lopez has worked at the department since 2017 and will start as CIO on Dec. 18.

Previously, Lopez was director of enterprise technology services, in which post he worked as principal advisor to the CIO for IT engineering and operational issues and helped to oversee the department’s $1 billion technology portfolio.

Lopez takes over the CIO role from Gary Stevens, who has been carrying it out on an acting basis since the departure of Jason Gray in August. Gray’s departure was first revealed by FedScoop, and he has since joined USAID as CIO.

Before joining the Department of Education, Lopez held various leadership roles at the Defense Health Agency, including that of chief engineer and chief of operations at the Walter Reed National Military Medical Center.

“He brings deep experience and proven skill in delivering information technology services in large and complex government organizations – and leading IT transformations that ensure those organizations continue to adapt effectively for the people they serve,” she added. 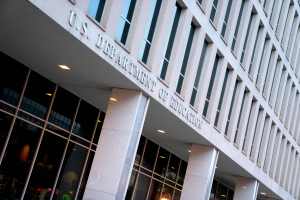