The Pentagon’s chief management officer role, created to reform the business practices and oversee tech reform in the department’s bureaucracy, was officially closed with the enactment of the fiscal 2021 National Defense Authorization Act (NDAA).

Now former-Chief Management Officer Lisa Hershman will stay on as a senior adviser to the acting secretary of defense, Christopher Miller. It’s unclear how long that arrangement will last.

Hershman’s job as CMO was created by the fiscal 2017 NDAA to be a central point of reform, including overseeing some IT modernization issues. Hershman was a former business executive brought in from the private sector to be a force for change. The office’s initial backers saw it as an opportunity to centralize reform moves, but in the intervening four years, many have grown wary of the office.

A defense advisory board last year recommended the closing of the office, calling it “mostly ineffective.”

“There is significant overlap and confusion across the Department on the role and responsibilities of the CMO,” said the May report from the Defense Business Board.

Before Hershman, Jay Gibson was CMO where he was initially given leadership of key IT initiatives. He lead the DOD Cloud Executive Steering Group and the launch of the $10 billion Joint Enterprise Defense Infrastructure (JEDI) commercial cloud contract. But it wasn’t long before those responsibilities were transferred to DOD CIO Dana Deasy and Gibson was pushed out.

In the final months of the office’s existence, Hershman defended her office and cited billions of dollars in savings she helped initiate. The NDAA instructed the Pentagon to divest the responsibilities of the CMO’s office across the Pentagon. 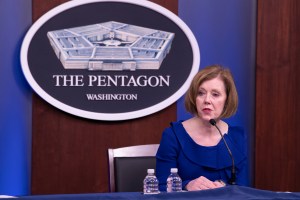