Private companies are required to submit annual reports on revenues and the wellbeing of their businesses. But as Steve Ballmer, former CEO of Microsoft, found out, there’s no easy equivalent for the federal government.

Looking to do philanthropic work in his retirement, Ballmer began ask questions like, “How much does the government do for kids in need?” but couldn’t find the answers, he said Tuesday at Recode’s Code Conference 2017. He reverted to his business background and began searching for the government’s equivalent of a 10-K: the report private businesses are required to submit to the Securities and Exchange Commission each year detailing their financial condition and audited financial statements.

That led him on the path to create USAFacts.org — “a new data-driven portrait of the American population, our government’s finances, and government’s impact on society,” as the website describes itself.

“I couldn’t find anything like it,” Ballmer said. “And I just like numbers, I kind of got amused, it sounded a lot of fun, and it has been actually.”

Using data provided by the government, USAFacts aims to offer a user-friendly way to look at government spending broken into four categories outlined in the preamble of the U.S. Constitution: “Establish justice, ensure domestic tranquility;  provide for the common defense; promote the general welfare; and secure the blessings of liberty to ourselves and our posterity.”

“The government should be doing this,” Ballmer said. “But government’s not organized that way.”

While Ballmer’s not totally correct in that respect — the Digital Accountability and Transparency Act requires all federal agencies to report their spending data in a standardized format to be displayed on central website that recently got a facelift — his intentions are to focus on the outcomes of taxpayers’ money, explaining “how many people served at what cost per service?”

The DATA Act and USAspending.gov, on the other hand, will require agencies to organize their data in a more standardized and specific manner, and with much more granularity, ultimately bolstering efforts like USAFacts.

The website, which only has two full-time employees, is a work in progress, Ballmer said. “We didn’t really finish the 10-K. There’s some sections where we wrote ‘more to come.’ We didn’t get all the data we needed to assemble to do the driver analysis.”

But the public has responded with cravings for more data.

“Now we’re trying to hire because a bunch of people want this data, that data” and “just to keep up with the kinds of things, data people want to see,” Ballmer said. For instance, he envisions being able to present the president’s new budget proposal next to those of the past, “and then let people take a look at the proposal in the context of the history.”

While Ballmer may have set out initially with the intentions to drive philanthropic change, like helping young Americans achieve a better economic standing than their parents, he realized that before that can happen, there needs to be a greater awareness of the government and how it can work better. 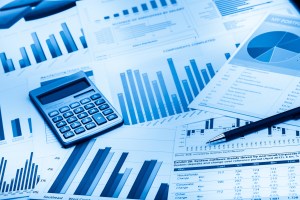