In the Department of Veterans Affairs’ ongoing quest to update the technology behind its services, it needs more fake veterans. Really.

Here’s the deal: Software developers working on VA systems need patient data to use in assessing how the software will affect its users. But they can’t use the actual patient data of actual veterans because of the usual privacy concerns. So developers turn to fake veterans — datasets of “synthetic” patients that, ideally, mimic the real world.

Developers used to manually create these datasets, but eventually the VA moved to create PseudoVet — a “patient data fabrication engine.” However, these fabricated datasets are now so old that the VA Center for Innovation is seeking help via Challenge.gov to create a new and improved version of PseudoVet.

According to the challenge description this new software will:

The challenge launched in August and will run through February 2018. Prizes available total $100,000.

“Put your skills to the test and create a software engine that will help software developers at the VA better serve patients,” the challenge page states.

The original goal of PseudoVet, according to its GitHub page, was to provide data for testing “applications that are geared towards VA’s VistA” — the agency’s electronic health record system — among other projects. The new version of the fake patient generator may be used to support a new EHR system. VA Secretary David Shulkin announced in June that the agency will adopt a new system “similar” to the one the Department of Defense uses.

Later, however, a California-based EHR company filed a lawsuit against the VA for using a sole-source contract to strike the deal with the Department of Defense’s software provider. 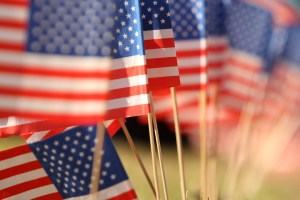