The General Services Administration has decided to take another corrective action on the $7.6 billion Defense Enterprise Office Solutions (DEOS) contract for cloud-based email and collaboration tools across the Department of Defense.

A GSA spokesperson confirmed the agency “took corrective action on the DEOS procurement,” but wouldn’t comment on what the action was because the procurement is active.

The decision marks the latest unexpected turn of events in the ongoing DEOS procurement battle between original contract winner General Dynamics IT and Perspecta. And if this sounds familiar, it’s because it is.

Perspecta has protested the contract twice now, both times leading to GSA taking corrective actions. Perspecta first filed a protest with the Government Accountability Office after losing the DEOS competition last August, which led to the first corrective action.

But GSA reportedly shared Perspecta’s sensitive bid information with General Dynamics IT when the contract went to re-bid. Perspecta once again sounded the alarm with the GAO, filing a protest in March sealed from the public. This week, days short of an official decision on that latest protest of the contract, the GAO dismissed the suit because GSA and the Department of Defense decided to again take corrective action.

Perspecta’s dismissal isn’t a sign that its protest was unsuccessful, but rather the opposite — that it led to GSA agreeing to take action that has rendered it moot because the action corrects the issue at hand.

Perspecta is happy with this outcome. A company spokesperson told FedScoop it is “appreciative of the decision made by the Government Accountability Office (GAO) with regard to our protest of the DEOS solicitation and we look forward to cooperating with the General Services Administration (GSA) in the next steps of the competitive process.”

The DEOS contract, first discussed in 2018, is one of two major cloud procurements the DOD has struggled over the past several years to bring to fruition. Specifically, under the contract the eventual winner will provide Microsoft Office 365 suite of services, to include “productivity tools such as word processing and spreadsheets, email, collaboration, file sharing, and storage,” according to a release. The contract will move to replace disparate legacy back-office systems, like the Defense Enterprise Email, across the DOD to unify services and agencies departmentwide on a single platform in the cloud. The goal is to give personnel access to applications and tools they need in remote and often austere locations.

However, it’s not nearly as embroiled in drama as the other: the $10 billion Joint Enterprise Defense Infrastructure (JEDI) cloud contract, which would bring commercial cloud infrastructure to the military. Awarded to Microsoft last October, the JEDI contract has been under protest by Amazon Web Services ever since. 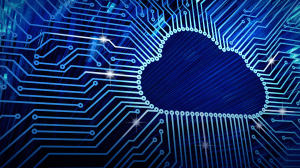