Deputy Administrator Edward Hartwig will fill the role in an acting capacity until a new administrator is appointed.

The changing of the guard comes as USDS receives additional funding, pursues new agency partnerships and looks to hire — all as it scales its operation modernizing government services and making them more accessible.

When Cutts joined in 2016, two years into USDS’s existence, he only intended to stay on three to six months.

Now the agency seeks engineers, designers, product managers, acquisition strategists, and policy experts to continue its work. That work includes supporting the Centers for Disease Control and Prevention during the COVID-19 pandemic, streamlining financial relief, improving the immigration and refugee processes, aiding students with their loans, and reforming procurement and federal hiring.

USDS grew to a team of about 180 people and a network of 500 alumni under Cutts while becoming a farm system for federal chief information officers and chief technology officers.

“The team has created and deployed tools to help better fulfill the promises we’ve made to our veterans. We’ve digitized the naturalization process and reimagined hiring across the federal government,” Cutts wrote. “We began supporting states in building more responsive systems for the millions of Americans who rely on them.” 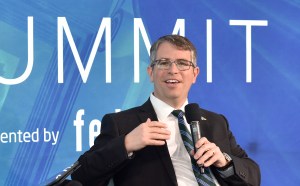