Oracle has once again been dismissed in its quest to derail the Pentagon’s single-award $10 billion Joint Enterprise Defense Infrastructure (JEDI) cloud acquisition.

The company couldn’t convince a federal appeals court that the Department of Defense illegally structured the JEDI contract as a single-award procurement with “prejudicial,” competition-limiting gate requirements.

For several years now, Oracle has been trying to sue its way into contention for the JEDI contract, failing first to convince the Government Accountability Office and then the U.S. Court of Federal Claims that the DOD should open the contract to a multiple-award acquisition with more lenient gate requirements. After losing in federal claims court — which did find parts of the contract to be flawed, but not in any way that prejudiced Oracle — the company appealed.

The U.S. Court of Appeals for the Federal Circuit stood by the claims court’s decision, finding “no reversible error” and terminating the case this week.

It’s unclear what’s Oracle will do next — take the protest to the Supreme Court, cut its losses or return to claims court with a different approach. The company didn’t respond to request for comment.

Meanwhile, the JEDI program faces another legal hurdle as Amazon has also protested the contract and its award to Microsoft last fall. That suit seems a bit more serious, as it’s led to the Department of Defense taking corrective action on the procurement, which will lead to a re-awarding of the contract any day now. 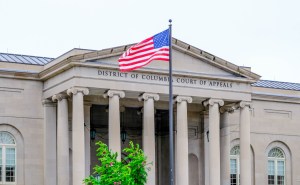