Zarek joins the agency later this month and will support USDS Administrator Mina Hsiang, who was appointed to lead the organization in September last year.

“I’m proud to share that later this month I will be returning to public service to support the people and teams working to deliver services to people across our country as the Deputy Administrator of the United States Digital Service (USDS),” Cori Zarek said in a blog post.

“USDS is an eight-year-old unit of the White House whose mission is to use design and technology to deliver better services to the American people,” she added.

Zarek is currently the executive director of the Beeck Center for Social Impact and Innovation and a professor of the practice at Georgetown University.

Before joining Georgetown, Zarek served as deputy U.S. CTO during the Obama administration.

While previously serving in the White House, she led work to establish digital and collaborative government initiatives including the U.S. Digital Service, 18F, and the Presidential Innovation Fellows.

From 2009 to 2013, Zarek was also a founding member of the Office of Government Information Services.

She was a Mozilla Foundation fellow in technology policy and earlier in her career practiced First Amendment law. 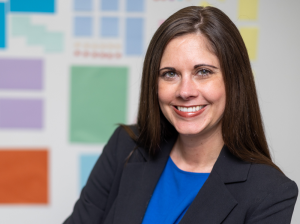