Attorneys representing the Department of Defense are hoping to put Oracle’s protest of the $10 billion Joint Enterprise Defense Infrastructure cloud acquisition to bed — especially now that an award to Microsoft has rendered several parts of the litigation “moot.”

Department of Justice attorneys, on behalf of the Pentagon, recently issued their response to Oracle’s JEDI complaint in federal appeals court, once again looking to cut down the company’s claims of prejudice by hammering home that it did not meet basic security requirements — or gate criteria — to qualify for the acquisition.

“It is undisputed that Oracle could not meet two of the JEDI solicitation’s Gate Criteria, Sub-factors 1.1 and 1.2, and DoD determined that satisfying these criteria was necessary to meet its minimum requirements,” lawyers wrote of Oracle’s previous failed protest in the U.S. Court of Federal Claims. “The trial court correctly rejected Oracle’s arguments that Sub-factor 1.2 was irrational and illegal and, thus, correctly determined that Oracle was not prejudiced by any of its other alleged errors.”

In November, Oracle took its case to the U.S. Court of Appeals for the Federal Circuit claiming that the federal claims court made “fatal legal and factual errors” in its denial.

Taken wholesale, the arguments from the U.S. attorneys are mostly a recycling of their claims from and in support of the decisions in the earlier stages of Oracle’s protest of the acquisition, which has now far exceeded a year in various venues.

On top of that, now that Microsoft has been named the winner of JEDI, DOD’s attorneys say that invalidates Oracle’s secondary allegations of conflict of interest between former Pentagon officials and the company’s cloud rival Amazon Web Services. Despite their belief that there was no conflict of interest, attorneys called it a “moot” argument “now that Microsoft, not AWS, has been awarded the JEDI contract.”

“Oracle requested that AWS be eliminated from the JEDI competition … and DoD has effectively granted this relief, albeit for different reasons, by the award to Microsoft,” the attorneys wrote.

AWS, having lost to Microsoft, is waging its own protest of the contract, claiming political influence caused DOD to commit “egregious errors” in its evaluation of bids. But according to U.S. attorneys, the AWS case has no effect on Oracle’s protest.

“AWS’s protest of the award to Microsoft does not keep these issues live,” they say. “The Government intends to defend its award to Microsoft. Accordingly, the possibility of AWS’s protest resulting in the procurement being re-opened is speculative at best, and “speculative contingencies” do not keep a case live absent evidence that they are of “immediacy and reality.”

Finally, the attorneys also look to amend the record for one part of Oracle’s case that the lower court agreed with, though not enough to rule in favor of the company. The Court of Federal Claims, despite denying Oracle’s protest, found DOD’s JEDI acquisition “flawed” in its justification for a single-award acquisition.

The court “misinterpreted that exception,” the attorneys wrote. And even if the higher court were to find JEDI’s single-award justification at odds with federal acquisitions law in this case, it wouldn’t change Oracle’s shot at an award, they said, because whether it’s one award or multiple, it doesn’t change the fact that Oracle failed to meet DOD’s basic security needs.

“The requirement to have FedRAMP Moderate authorization in October 2018, which the trial court correctly determined to be enforceable, prevented Oracle from being eligible to compete, not the decision to award a single JEDI contract,” the argument says.

Meanwhile, AWS’s protest in the Court of Federal Claims is still early on. DOD and Microsoft have agreed to hold off on work under JEDI, with the exception of “initial preparatory activities,” to let the federal claims court settle AWS’s dispute until Feb. 11. Therefore, the court and parties involved will likely work to move quickly through the protest to prevent any further stay in work under the contract.

And DOD and Microsoft have indeed begun “preparatory” work. They kicked off discussions about work under the contract Dec. 11-13. CEO Satya Nadella and members of the Microsoft Azure and public sector teams met with DOD CIO Dana Deasy and other senior defense IT leaders.

Deasy also detailed recently that the department is working to build out JEDI’s unclassified enclave over the next months, followed by the secret portion about six months later. JEDI will have 14 early adopters, he said, including the Joint Artificial Intelligence Center, U.S. Transportation Command, U.S. Special Operations Command and the Navy — but he stopped short of naming the rest. 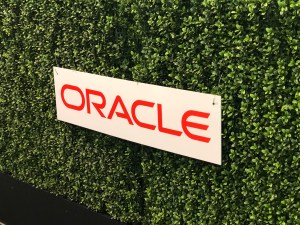