The Department of Health and Human Services recently named a new chief technology officer — Bruce D. Greenstein is the fourth person to fill the top data and technology role since its creation in 2009.

His resume includes public sector experience. From 2010 to 2013, Greenstein served as the secretary of Louisiana’s Department of Health and Hospitals under then-Gov. Bobby Jindal. He resigned in 2013 amid an investigation into the mishandling of a Medicaid contract that had been awarded to a company he once worked for. Related charges against him were dropped in 2016.

Greenstein will take over for Susannah Fox, HHS’ first female CTO, who assumed the job in May 2015 and served until January 2017. Fox was an advocate for helping agency employees develop entrepreneurial tendencies through programs like the Ignite Accelerator. 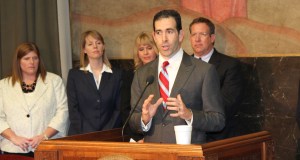