The partial government shutdown is three weeks in and counting, exacting a litany of disruptions to federal operations. But one cuts right to the heart of the White House’s reform efforts: building a modern tech workforce.

A key component of the Trump administration’s President’s Management Agenda is restructuring the executive branch to be more efficient and utilize new technology, promising to deliver much-needed transformation and reform to match the innovation occurring in the private sector.

But with about 25 percent of the federal government shuttered due to an ongoing appropriations dispute in Congress, agencies have found many of those initiatives on indefinite hold while lawmakers and the president battle for a budget deal.

“These are all changes that have been needed for decades,” said Mallory Barg Bulman, vice president of research and evaluation at the Partnership for Public Service. “What ends up happening in the case of a shutdown is you end up really stopping progress. Agencies are not able to continue the transformational progress that’s underway and they are really in survival mode.”

The shutdown’s impact on the PMA’s programs remains to be seen, mostly because they were structured around multiple cross-agency priority goals, some of which, administration officials confirmed last week, could be delayed.

Of the three agencies tasked with leading the PMA’s workforce subgoals of reskilling current employees for cybersecurity jobs and the strategic hiring of new technology talent, two — the departments of Homeland Security and Interior — have furloughed more than 300,000 workers.

Similarly, the Office of Management and Budget has suspended the application deadline for the Federal Cybersecurity Reskilling Academy —which plans to offer select federal employees new training for cyber positions — possibly postponing the selection of its first cohort of students.

Adding to the problem is the effect the shutdown may have on the federal government’s ability to recruit in the incredibly competitive cyber and IT personnel market. Administration officials cited figures last year that put the national cybersecurity talent shortage at 285,000, justifying the need to reskill current federal employees for those positions.

Officials at the Office of Personnel Management have also sought to attract new talent with proposed compensation incentives and direct hire authority, but with those initiatives currently on hold, concerns are mounting that the federal government could fall farther behind the private sector.

“How can we ever hope to recruit or maintain IT talent when hardworking government workers are told: ‘sorry, you aren’t getting paid, but you still need to come to work’ or ‘sorry, but no paycheck this week because of politics,’” Rep. Robin Kelly said, D-Ill., said in a statement released Wednesday. “Large private sector companies never say this to their employees and these are our competitors when it comes to IT talent recruitment.”

Indeed, a recent online survey by Eagle Hill Consulting showed that 71 percent of IT workers polled in Washington, D.C., said they would leave their current jobs for new roles at Amazon’s pending HQ2 headquarters in nearby Crystal City, Va.

But the government still has a trump card: its mission. That same survey noted that of the overall respondents who said they would stay in their jobs, 52 percent said it was because they were happy with their work.

It’s something Franklin Reeder called “the Kevin Durant effect,” named for the NBA MVP who joined the Golden State Warriors in 2016 in pursuit of a league championship.

“The kinds of people you are talking about want to work in a challenging environment with very able colleagues,” said Reeder, a National Academy of Public Administration fellow who has studied the cyber workforce for the past decade and worked at OMB during the 1995-1996 shutdown.

“You want to be on a team with really great players because, one, you get a chance to win championships, but more importantly, your game gets better if you play with people who are better at it,” he said. “If that indeed is the case, then I don’t anticipate that the kinds of people you are referring to will become discouraged. They will find other things to do, but, in point of fact, they will return to the federal workforce largely to the extent they were motivated to join it in the first instances: the challenges and the exciting problems remain there.” 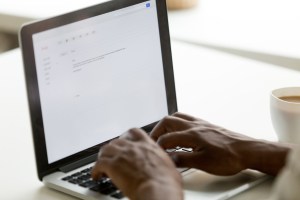