Prior to joining SBA, Cavallo served as executive director of IT operations for the Transportation Security Administration.

Earlier in his career, he spent a few years as a senior IT executive for the city of Charlotte, North Carolina, before taking senior-level private sector roles with companies such as Microsoft and Pyramid Analytics.

Cavallo spoke at FedScoop’s 6th annual MobileGov Summit in May 2016 about his former agency’s struggles getting TSA screeners vetted apps on their personal devices and cutting through “red tape.”

The SBA will have a new leader under President-elect Donald Trump, who intends to nominate former pro-wrestling executive Linda McMahon as administrator. 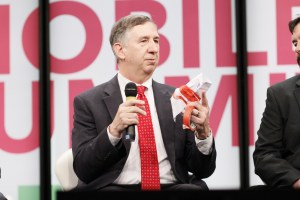